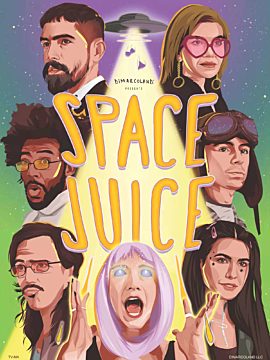 In a desperate chance to get 'back on top,' Adult Filmmaker, Uncle Daddy (Jordan Wiseley) – and a misfit group of aspiring adult film characters – break into a production studio in order to film new adult content. Little to their knowledge and entirely to their luck, an alien ship crash lands on set, laying the foundation for a ‘tongue in cheeks’ comedic, sci-fi adventure. Setting; Los Angeles.

Starring Jordan Wiseley from MTV's 'The Challenge' 'The Real World: Portland' and Tyler Perry's 'If Loving You Is Wrong.' Co-starring Branden Wilbarger (aka BONAVEGA) from NBC's 'America's Got Talent' and Caleb Thomas best known for his starring role in Nickelodeon's 'Chase Champion' and 'Lost In The West.' Also featuring Jess Adams, an actress, known for 'Community,' 'The Nine Lives of Chloe King' and 'This Thing with Sarah.' Co-featuring Amie Farrell, best known for her roles in 'Mank,' 'American Sniper' and 'Grey's Anatomy.'

Rating: Similar in rating to “Entourage," “Eastbound and Down," “Vice Principals,” “How To Make It In America.” Contains 17+ Adult language, sexual situations, mature language, and nudity.