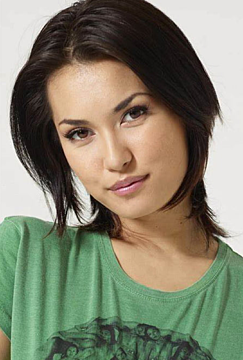 CURRENTLY IN EARLY PRE-PRODUCTION, SET FOR 2022

If a ghost shows herself to you in the mirror, and asks: "Stay Pretty?" What would your answer be?

Anna, Half Japanese/ Half American, just got out of an abusive relationship and takes refuge with her new American roommates, but things turn horrible fast when she is visited by a ghost who shows her seemingly random visions and gives her 3 days to live. The clock starts ticking. She'll have to solve the mystery of the visions and the clues within them to discover what the ghost wants her to do before her time runs out.

She will have to fight to "stay pretty", or else the ghost will have "no pity".

Based on the Japanese folklore of Oiwa Yotsuya (Yotsuya Kaidan). A true story from the Edo period about a samurai who had his wife killed because she became deformed, only to be haunted by her vision until he went insane and killed himself.

Now hundreds of years later, Yotsuya is back to punish ugly characters, by recruiting pretty individuals.