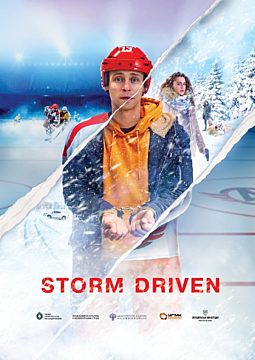 Maksim is a young and promising forward in a junior hockey team. On the day of the life-changing game which could just be his passport into professional hockey Maksim because of his own stupidity injures a police officer, is arrested and subsequently taken to court. The young player’s dreams are shattered when he is sentenced to a year in prison.

On the very same day that Maksim is being transported to prison a severe snowstorm — buran — moves towards the city. The prison van crashes killing the guards, while Maksim miraculously survives and manages to get through to his younger sister Nika. The girl was adopted by a married couple, and Maksim is on bad terms with his sister’s new parents. Nika tells him that they are moving to Europe. Shocked by the news, Maksim realizes he will never see his sister again and decides to flee. He must have Nika back.

On his way to Nika Maksim encounters Anya, a pretty young woman who, unfortunately for him, is also an Investigative Committee officer. Caught out in the blizzard, the escapee and the investigator have to work together in order to survive. Will Maksim get to his sister on time? And what will he learn through all these trials and tribulations?