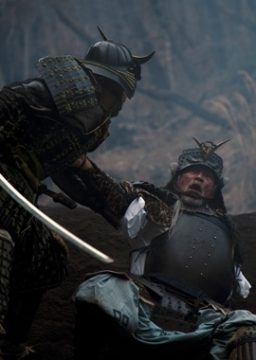 Who can tell the scariest story?

Three horrifying tales form Japan mythology woven together through a mysterious game app called STORY GAME. The first tale is of high school girls bulling. Its only harmless classroom pranks until they bully the wrong girl who possesses supernatural powers and soon confront HANAKO, the primeval spirit who haunts the school’s halls. Next up, a story of obsession and a businessman who is seduced by an alluring woman he meets on his commuter train. When he finally catches up with her, she reveals her true self: KUCHISAKE-ONNA – the infamous slit-mouth monster. Last up, the classic myth of OIWA. A jealous wife obsessed with a young maid who drivers her insane.

SATORY GAME brings to life three legendary Japanese ghost stories. Each fable has been reimagined for the modern audience and crafted brilliantly into a single film. Only one can win the STORY GAME.