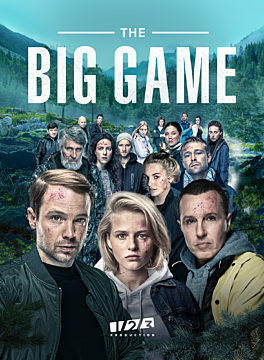 In pursuit of a large cash prize, participants in a reality show get engaged in a deadly game. Only the one who is able to sustain his or her humanity will survive...

Sixteen contestants must spend winter in wild taiga forest without the benefits of civilization. They are under the close watch of the film crew. The prize - one million euros - will be shared among those who are able to stay in game till the end of the series. The contestants are divided into two groups. One group occupies an abandoned hydroelectric power station, the other - an old mill. At night, one of the contestants falls ill and declares a desire to quit the contest, but for some reason the organizers do not come for his rescue. The team starts searching for the crew only to find their corpses all dumped in a pit. No one knows whether or not the program is still being filmed. Could it be that everything they are experiencing is real and not a game?

With each new challenge, disagreements hit up between the contestants, but soon it becomes clear that taiga wilderness has no mercy on weakness. What is happening seems more like a computer game than a reality show: runaway prisoners, an abandoned city with a maniac, a village of cannibals and even a zombie apocalypse... With little hope for survival, contestants keep on fighting till the end.