Home / Films / The Formula For Water 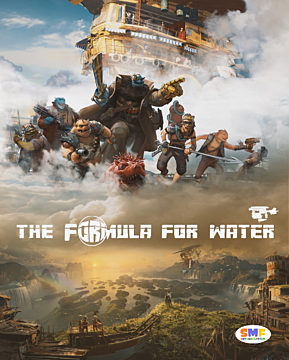 The Formula For Water

Eighteen-year Old Dana lives on a decaying planet. People and deformed creatures co-exist in this mysterious world and try to survive floating between islands located on an endless ocean.

Although there is plenty of ocean water, drinking water is scarce and is the most valuable currency. Most of it is controlled by the evil Umroon who captured Dana’s father – a scientist working on a magical machine that would restore the reserves of water in the universe.

Trying to rescue her father from Umroon and his loyal army of monstrous pirates, Dana will team up with travelling circus performers led by handsome and enigmatic Mago.