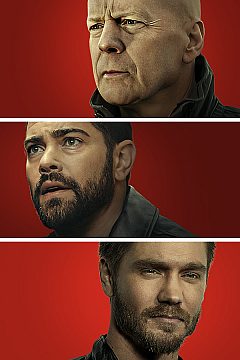 Retired CIA agent Robert Carter Michaels (Bruce Willis) and his son Paul (Jesse Metcalfe) have committed themselves to rebuilding their relationship after their epic last encounter spent protecting the highly secure secret base: the Fortress. Secluded in the Appalachian Mountains, running a family bed and breakfast, everything seems to be going well for them until Melissa, Paul’s wife who’s expecting their first child, doesn’t return from an errand run. After a frantic search, Robert and Paul’s worst fears become reality: Melissa has been abducted and her ruthless captors request access to the mysterious Shipwreck account, that keeps hidden 600 million dollars. Robert and Paul embark on a deadly journey through the rugged mountains in the hopes of reaching Melissa before time runs out.