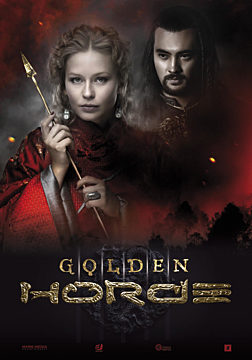 The Golden Horde the epic 16 –part series sold to Japan and other territories, sold and streaming on Amazon prime in US and Canada.

The end of the thirteenth century. The envoy of the Golden Horde - Mengu-Temir, a handsome and connoisseur of female beauty arrives in the capital of Russia. He came to steal thousands of Russian soldiers into the Horde, but he is ready to be content with only a part if Grand Duke Yaroslav returns the princess Ustinia, the wife of his brother Boris. Yaroslav is not ready to violate the laws of Faith and Honor, but Boris himself is taking this step, hoping that this sacrifice will ensure him a princely throne. Ustinya with a caravan goes to a foreign land. Mengu leaves Yaroslav a "gift" from the Great Khan - young Nargiz, who awakens the prince to life and puts him before a fateful choice. On one side of the scales - love and passion, on the other - the throne and the life of Nargiz herself, which neither the people nor the lawful wife of Yaroslav accepts.