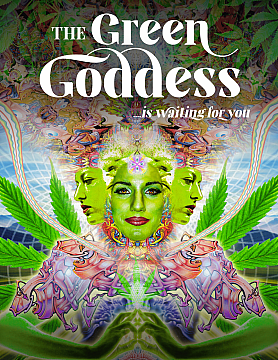 Four Americans are growing marijuana in Northern California when the DEA shows up. One is caught and, to raise money to get their friend out of jail, the others flee to Switzerland to grow six football fields worth of marijuana.

Almost a true story, the Green Goddess creators, with a total base crew of eight and the actors, really did spend a full season in the Swiss Alps growing six football fields of marijuana while filming the feature length movie.