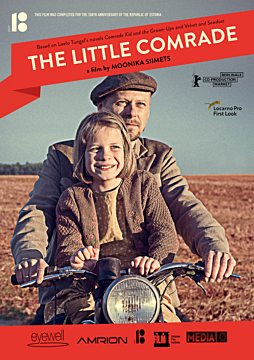 It is 1950 in Soviet Estonia and the Stalinist terror machine works at full steam – 6-year-old Leelo’s school principal mother is arrested before her very eyes. “If you’re a good kid, I’ll be back soon,” are her mother’s last words as she is taken away at gunpoint.

So Leelo is on her very best behavior, but yet her mother does not return. Fear creeps into the child’s soul that it is her fault her mother was taken. The confusion only grows as “good” and “bad” no longer seem to hold any meaning in these troubled times. Why is the Estonian flag suddenly forbidden? Who is the people’s enemy and why is the scary NKVD lurking around their home? Is it an honor or a shame to be a pioneer?

In this odd two-faced world, Leelo tries her best to be good, but is instead embroiled in one scrape after another and becomes ever more confused as to what it even means to be a good kid.