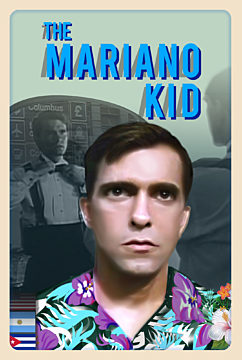 In 1970 communist Cuba, Pepito lucks into an escape from military conscription and lands in Argentina, a land of opportunity, and with his magnetic personality attracts a patron that helps him transform from rags to riches, all the while trying to contact his mother living in Miami. Seeing his life in Argentina as a temporary stopover before settling with family in the US, things become complicated as he falls for a beautiful Argentine singer, causing him to question his previous plans and settle in Buenos Aires. Unfortunately for him, the singer’s manager will do anything to sabotage them falling in love. In the meantime, Pepito’s patron has plans of his own, for his unmarried daughter, and tempts Pepito with an important job in Miami, and his daughter. A visa to the US arrives…now what will Pepito decide to do?