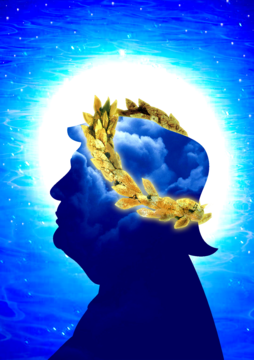 Alternate Titles: The Master and Margarita

Inspired by "The Master and Margarita", written by the Soviet author Mikhail Bulgakov between 1928 and 1940. The book, written during the Stalinist government, reflects the darkness of that period however consist of many satiric episodes. The Master and Margarita, which is about the story of the devil going to Moscow in disguise as a professor, causing trouble in the societal elite. The Master is an author of an unpublished novel dying in a psychiatric hospital, and his lover, Margarita, decides to sell her soul to the devil in order to save her beloved. One of the most interesting of these inspirations is definitely the one for the character of Pontius Pilate. The Roman procurator of Judea, Pontius Pilate is one of the main characters of the Master's novel and a very interesting hero that has fascinated readers of all ages. Interestingly, it will be the figure of a controversial leader to inspire the character creation of Pontius Pilate. The fact that the character is a positive one will make this an extremely interesting move from the production team, which will have a big impact on the film and audience reactions.

This project is only the latest of his ventures. For the first time ever, this production will feature 3 forms of animation in a single animated film: 3D animation, 2D animation, and Performance Capture. Alex Golberg Jero will bring his surround music magic to "Dream of Pontius Pilate" film in a way that audiences have never heard before. Combined, these different approaches work to make a visually stunning and interesting film that will enthrall the audience.