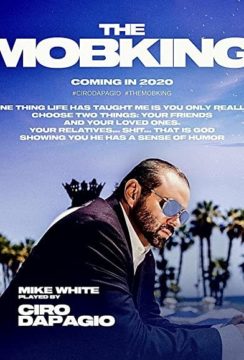 Coming off a lengthy prison sentence, Mike White (Legal name but known alias to law enforcement) is coming home to a world changed drastically by technology and a mindset of just trying to live a normal life running his Gentlemens club and taking care of his family. But the streets of Miami are relentless and the lure of easy money and rackets a temptation that a man like White will find hard to resist. His trip to the joint only enables him to strengthen his resources and man power and true to any gangsters nature he rose to the highest levels of the Prison hierchy as a leader of the most powerful prison gang during that stretch. Now with law enforcement of all agencies vowing to bring him down and a whole host of old and new enemies and alliances to deal with, Mike White will need every ounce of fortitude to in which to forge his own destiny within the crime riddled boundaries of South Florida. Mob ties, Gang affiliations and family strife be damned, This is one Boss who will do things his own way and on his own terms.....So let the bodies hit the floor.