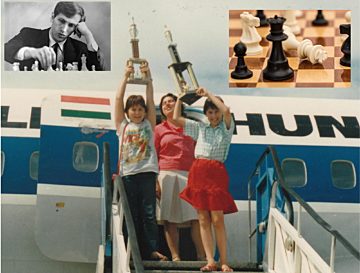 Upon the success of Netflix's Queen's Gambit we are releasing the extraordinary story of three Hungarian-Jewish sisters who were raised in Communist Budapest of the 1970s to be chess masters.

The Polgar sisters did not choose to become the heroines of this story. It was their father, who, driven by his educational vision, determined their destiny before they were even born. László Polgár believed that “Geniuses are made, not born,” and he set out to prove it. The canvas he chose was his three daughters. The medium he chose was chess.

Peter from Australia: Just finished watching the documentary on the Polgar sisters. Quite amazing, inspiring, even a little confronting in some ways. A great story, powerful and revealing about the human intellect and how siblings from the same family turn out to be quite different individuals. A really interesting and well made film- a story worth making and hearing.