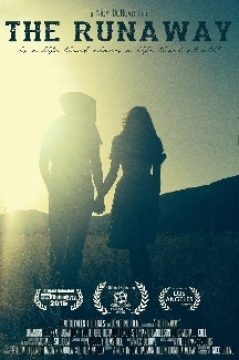 Jon Chryst, now 60, has been an outlaw for his entire adult life. After 30 years in isolation, the law has finally caught up to him. As he makes a final attempt to escape with his life, Jon reflects on the events that led him here. Jon's life begins on a farm in a seemingly wholesome Christian family. When Jon is 14, tragedy strikes, forcing him to flee his home and begin his life on the run. Shortly thereafter, Jon encounters Morris, a fellow outcast who takes Jon in and raises him like a son. For several years, Morris teaches Jon the necessities of adulthood- how to hunt, how to build, and how to rob small businesses. Their partnership ends abruptly, and Jon uses his new skills to pursue a life of crime. Over nearly a decade, Jon develops a powerful notoriety for his criminal activity. But everything changes when he meets Cat Donovan. Jon gives up his lifestyle and adopts a new identity to be with her. He proves his worth and is accepted into the Donovan family, leaving his loneliness behind. It almost looks like a happy ending for Jon Chryst, but he cannot escape the law forever.