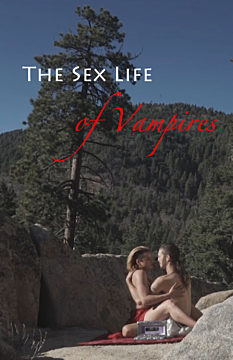 The Sex Life of Vampires

A leaked scene of The Sex Life of Vampires has gathered over 40 million views. It is the story of a tantric priest vampire, who has managed to become self-sustaining but will die unless he finds a cure; however, when a mysterious young woman knocks on his door both his fantasies and his nightmares become real.

Lucius was made a vampire against his will three hundred years ago. Tormented by having to kill for sustenance, he has dedicated his existence to finding a cure. Now a Tantra Master, Lucius can harness his sexual energy and has found a solution to walk in the sun once again. As a self-sustaining vampire, his days are numbered, however. When Zia, a young woman, shows up at his doorstep asking for the expert help that Lucius is known for, a procedure called “sexorcism,” Lucius finds some solace and perhaps a redemptive sexual companion; but when a delivery person is brutally murdered at their doorstep and dragged under the house, everything changes... “The Sex Life of Vampires (this is not a love song)” gives new meaning to the term "monster love." Outside traditional representations in erotica, yet keenly informed by real tantric practices, non-simulated sexual performances blend together with art and horror in this intelligent, romantic, and visually arresting, elevated genre film.