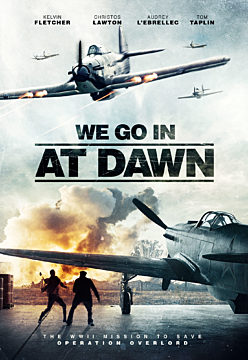 We Go in at Dawn

A WW2 espionage thriller set during the build-up to Operation Overlord. A special forces operative, John Seabourne, is tasked with rescuing Victor – one of the most senior planners of the Normandy landings – who has been captured by the Nazis.

Six days before D-DAY, Victor Lawrence, a lieutenant and key figure in the British Air Force, is shot down over France. Captured by the Nazis, he is detained in a holding camp under a false identity. John Seabourne, a special forces operative, is given the mission to parachute into France, join with local French resistance and rescue Victor before the enemy discovers his true identity.