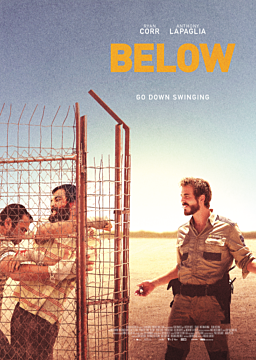 Darknet conman Dougie is recruited by his stepdad to work security at a refugee detention centre. There, Dougie is drawn into an underground Fight Club operation, detainees to fight. When champion Azad is killed and his young sister left alone, Dougie locates his dormant conscience and takes a stand.