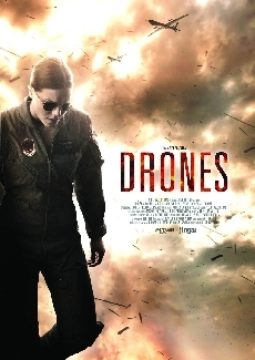 Drones begins in the Nevada desert, where new girl Sue Lawson (Eloise Mumford) joins airman Jack (Matt O’Leary) in a hot, windowless bunker from which they manoeuvre unmanned drones across the plains of Afghanistan. Their first day at work is awkward but polite, with Jack all too aware of Sue’s privileged status as daughter of a well-respected general. This, however, will be no ordinary mission: as they train their sights on an unarmed terrorist suspect, a power struggle erupts between the smart, sophisticated Sue and the dogged, blue-collar Jack. As tensions escalate, Rick Rosenthal’s gripping drama keeps us guessing as to who really has the upper hand, following the chilling concept of bloodless, remote-control conflict to a nail-biting conclusion.