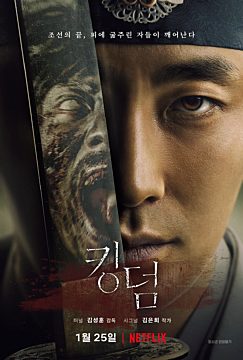 Kingdom is Netflix's first original Korean series. It is a zombie mystery thriller, with the Joseon Dynasty as the background. The series was written by Kim Eun-hee and directed by Kim Seong-hun and Season 1 was released on January 25, 2019 . Originally planned as an eight-part series, the production of season 2 has been confirmed due to favorable reviews of internal events. 'K-zombie' and '갓:Korean traditional hat' syndrome have occurred around the world.