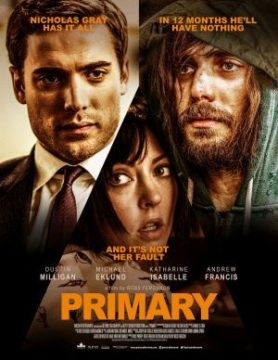 NICHOLAS GRAY (Dustin Milligan) a competitive, over-achiever is up for a promotion that would ensure a golden future atJaspar Insurance Corp. And he plans to marry the boss’ daughter, SARA. Equally interested in both prizes is Nicholas’ best friend/archrival MITCHELL (Andrew Francis). When Nicholas learns that Mitchell has been cheating clients in order to make his bottom-line look good, including an elderly woman left homeless after a fire, Nicholas secretly alerts the clients, causing a revolt. Mitchell is admonished and Nicholas wins the promotion. But the firm soon suspects a whistle-blower and when found out, Nicholas will surely be fired. Then Nicholas’ marriage proposal to Sara is turned down and his world begins spinning out of control.