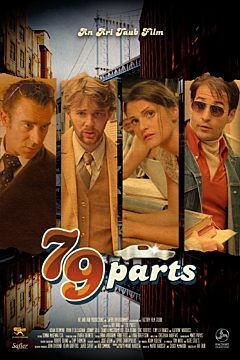 In 1979 Brooklyn, Jack Anderson is a down and out struggling law student desperate for a loan to pay his school tuition. Jack is an artist at heart, but decides to go to law school after his father Doug (Eric Roberts) is incarcerated for embezzlement. He's hoping to help his father's case, but without the money to pay his tuition, he'll have to drop out. Everywhere Jack turns, he gets shot down - by the banks, by society and sadly, by girls. Jack's only hope lies in his fellow classmate and horse-betting friend, Gino. Gino's Uncle Dennis, an Irishman with questionable business practices, has the cash Jack needs to pay off his tuition, but that loan comes with a steep and treacherous price.