Home / Cinema / ALL OR NOTHING 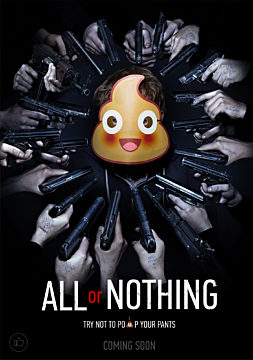 Aleksei, Nikita and Artem are employees in one of the best online banks in the world. Great salary, free medical, and a solid friendship with a lovely old man- a shareholder of the company.
The only downside is their direct boss who is a complete liar and a sadist. He constantly steals the company money, using his workers.
In order to expose their criminal boss, they decided to get their hand on his dictaphone where he apparently keeps all his secrets. But for that , they must get inside of his country house...
So three blue collared guys with a help of a genitor who just got out of jail and a guy who is a locksmith get inside the house. What they find there is not only their bosses dictaphone but a rather huge amount of cash. The second they decide to keep the money to themselves , the story takes an unexpected turn and our three heroes start to realize that inside their beloved bank things ran quiet different from what they thought....