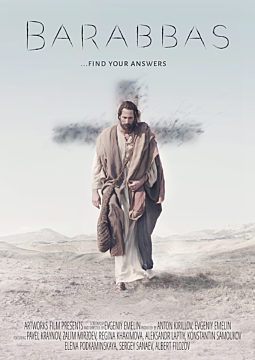 The film is set in Jerusalem of Caesar. The story tells us how meeting with Christ changed life of every witness and participant of latter day. Barabbas imprisoned due to murder of Pharisee who had maligned the girl he loved, is released from prison. But the long-awaited freedom only hurts him. Barabbas meets his beloved but the egotistic Judith arrogantly laughs at his feelings. He meets a mysterious person Melchior and Christ’s pupil named Peter. They reveal the secret intention of priests and Pharisees to execute the innocent Nazarene. This changes Barabbas’s life. There is one question burning in the mind of Barabbas. If the man from Nazareth is really God as other people say about him then he would not be able to die. Looking for the truth Barabbas meets Christ’s mother, witnesses the holy Resurrection, travels to Nazareth hoping to learn about Jesus from his father. The film is about eight torturous days of doubts, a way from thief and murderer to full penance and deep faith.