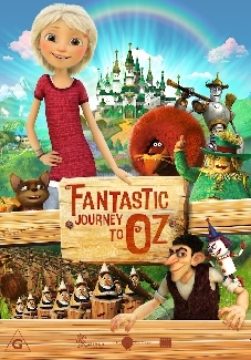 The cunning and wicked Urfin wants to become ruler of Magic Land. With an army of wooden soldiers, he captures the Emerald City and renames it ti Urfinville. He is all but ready to celebrate victory, when his plans are ruined by an ordinary girl named Dorothy, who arrives in Magic Land just at the right time. She must return home, but not before she helps her friends - the Scarecrow, the Tin Man, and new-brave Lion - defeat Urfin. And in order to do that, they need to find out who he really is.