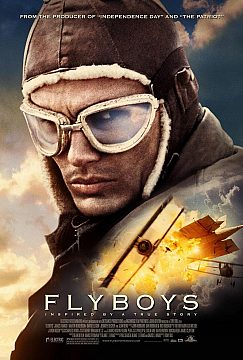 From the producer of Independence Day and The Patriot, and starring Academy Award® Nominee James Franco, Flyboys soars to new cinematic heights with spectacular special effects and thrilling, edge-of-your-seat aerial dogfights. Inspired by the true story of the legendary Lafayette Escadrille, this action-packed epic tells the tale of America's first fighter pilots. These courageous young men distinguish themselves in a manner that none before them had dared, becoming true heroes who experience triumph, tragedy, love, and loss amid the chaos of World War I. Hang on for the ride of your life!