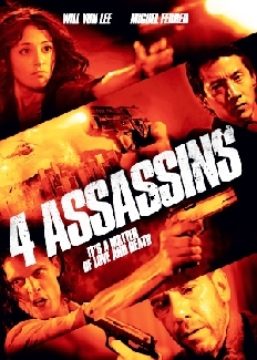 Four assassins have gathered for dinner and to recall their greatest hits. As the night wears on, secrets are revealed and the tension rises. It becomes clear that this will be the last night for one as guns are drawn and they begin to lash out in violence. Yet, amongst the intensity of the night, love will be revealed.