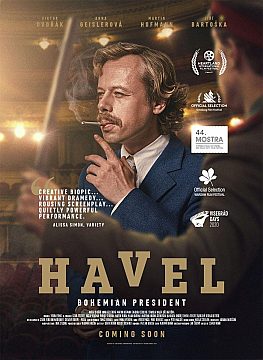 When Soviet Russia invades Czechoslovakia and tarnishes its short-lived liberation, Vaclav Havel must wrestle with not only the new political obstacles threatening his livelihood, but also his own identity as accomplished playwright. Over the course of the following two decades, Havel risks it all in the name of freedom and revolution, spearheading a formidable resistance movement while facing the constant threat of imprisonment or death. Despite paying a heavy price for his involvements, Havel rises from the ashes to astonishing political heights and becoming the first president of the new Czech Republic.