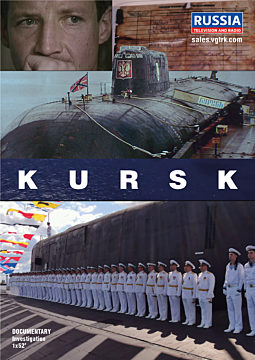 August, 2000. The world was shocked to learn that the Russian nuclear submarine Kursk tragically sank. Its 118 crew members died.

Operational missiles, torpedoes and two nuclear reactors went down to the bottom of the Barents sea. Russian specialists along with their foreign colleagues started the post-catastrophe clean-up. After 14 months, the unique mission on raising the legendary missile-carrier was completed. But causes of the tragedy are a mystery to this day.

For the first time ever, Northern Fleet’s commander, Admiral Popov, shares his own version of events. The documentary reveals unique shots aboard the blown-up Kursk, memories of the specialists, rescue team, and families of the perished submariners.