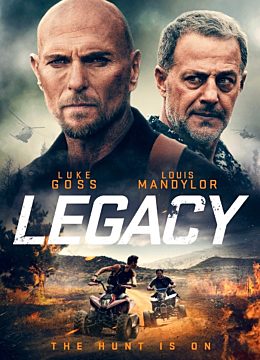 While on a hunting trip in the isolated wilderness, a father and his adopted teenage son are turned into the prey of unknown assailants. They are unexpectedly joined in their fight for survival by a stranger who reveals the disturbing truth about the son's biological father, an international crime lord, and why that crime lord has sent trained assassins to kill the teenager.