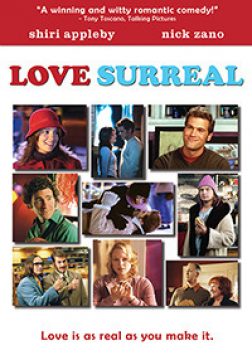 Abby is a promising art student whose long-term relationship with boyfriend Sy is going strong... until fellow student Quinn enters the picture. Sy has been-quite literally-Abby's dream guy for as long as she can remember, and now Abby must decide if she's ready for a real chance at love. But Sy's not leaving without a fight.