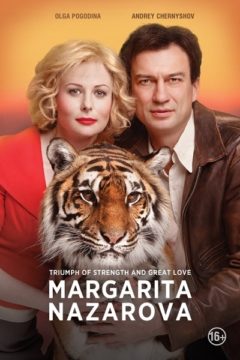 This films features the story of an extraordinary women called to an unusual profession, a woman with a strong character and immense talent who still commands respect among circus lovers. This woman is Margarita Nazarova, the first famous tiger trainer.Margarita's life path took her from the hardships of compulsory labour in Germany during the Second World War, contempt from the people around her to the world fame of a tiger tamer and actress. This path was far from easy. She inspired admiration as well as envy, but there were also true friends and true love in her life. Most importlantly, she had the job of her life, her vocation - tiger training.