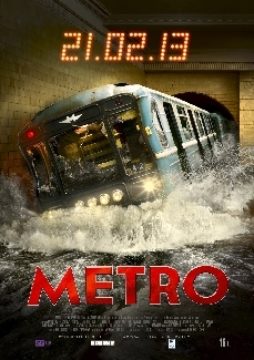 Excessive construction in downtown Moscow results in a crack in the wall of a metro tunnel between two stations. To everyone's surprise, as a result of a leakage in the overhead cover, water from the Moskva River rushes into the tunnel, and hundreds of passengers in a train are trapped by the approaching flood. The furious water stream threatens to cause a collapse of the metro tunnels and, moreover, the destruction of the whole city. The city hospital doctor Andrey Garin and his daughter Ksenia are among the people who have got into the trouble. Garin fights the disaster, trying to rescue the surviving passengers, including … the lover of his wife. Garin has to overcome resentment, anger, and fear. He must survive in order to regain his love, his family … his earlier happy life..