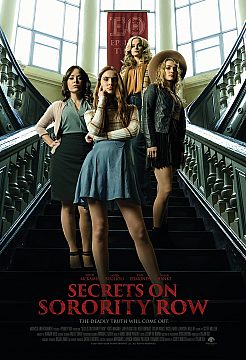 Michelle (Kristi McKamie) is excited for her daughter, Quinn (Kate Edmonds), to pledge the same sorority she and her best friend, Stacey (Lauren Buglioli), pledged when they were in college. She is especially happy when Quinn becomes friends with fellow sorority recruit, Lucy (Taylor Hanks). But when Michelle starts receiving anonymous threatening letters, she worries a dark secret she shares with Stacey has come to light: When Michelle and Stacey were in college, they forced one of their sorority’s members to drink an excessive amount of alcohol, causing her to fall to her death. Michelle and Stacey have upheld their pact to keep the incident a secret, but what they didn’t realize is the woman who died had a secret child. After a series of deadly events, Michelle learns Lucy is the woman’s daughter determined to avenge her mother’s death.