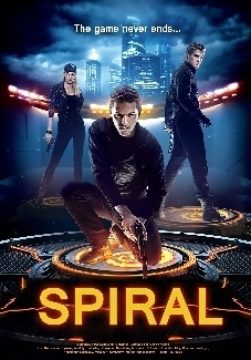 Alexey, a young and talented programmer, swaps his home city of Novosibirsk for the intoxicating atmosphere of Moscow, where he joins a semi-legal extreme gaming club named ‘Spiral’. Luck is on his side, and he wins one after another of the club’s games, with substantial cash prizes accompanying each triumph. Along the way, Alexey wins the heart of the kind of woman he could only have dreamed of in the past. Before long, he is living the dream – a dream that rapidly disintegrates into a nightmare as events take a dramatic turn for the worse.Following one game,Alexey is accused of robbing a bank. What’s more, someone is out to kill him, and his girlfriend doesn’t believe him when he professes his innocence. With the odds stacked against him, Alexey has no
choice but to identify and defeat his enemy singlehandedly,using just his professional abilities and innate potential.
As he does so, Alexey learns first hand that some things are far more important than running the world.