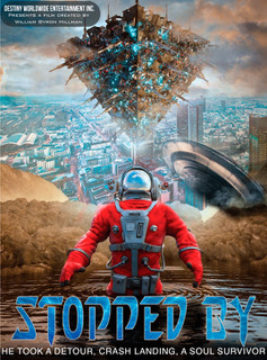 The Sheriff is busy helping the town through the worst storm in years. A killer jumps off a stalled train; a multi-town power failure; terrified residents and then it gets worse when a UFO crashes into the nearby hills. Only one of the crew survives, and his only hope of survival is to be rescued by his fellow space travelers before a crazy mob gets him first.