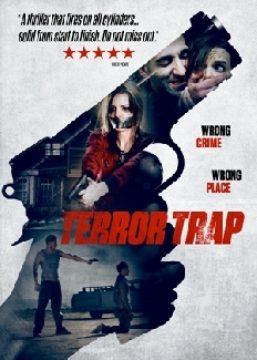 A young couple, Susan and David, who travel to the mountains for the weekend where they find their rented cabin already occupied by Len and his pregnant girlfriend, Gigi, who have overstayed their welcome. Reluctantly, they all agree to share the cabin for the night, not knowing Len and Gigi are actually fugitives on the run. An uncomfortable evening among strangers turns ominous when Susan and David discover they’ve been locked in their bedroom. As Susan and David struggle to escape, Len and Gigi try to violently detain them while dealing with the aftermath of a mysterious crime. Tensions and secrets fueled by fear, greed, and suppressed hostility bubble over within the couples, and the pending arrival of an unknown danger becomes a test of survival.