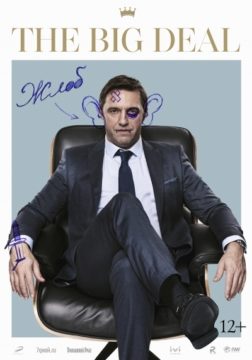 Vadim Krylov is the owner of a major retail chain. He's the best at what he does, and he is used to getting what he wants at any cost. He reaches his goal, 3000 stores all over the country, but that costs him dearly. Now, to avoid financial ruin Krylov has to make a deal to partner with a large Chinese retail chain. The Chinese company is ready to purchase a 50% stake in Vadim's company which officially - or on paper at least - belongs to his Mother. Vadim is once again on top of the world. But his Mother, who lived her whole life in his home town died a half a year ago and it turns out, she left a last will and testament. So Vadim will have to go back to his home town where there's an unexpected surprise waiting for him. His Mother bequeathed the company not to him, but to her granddaughter, his daughter, with whom he has had no contact with since he abandoned her at the age of two. He has three days from the moment that the contract is signed to find his ex-wife and daughter and convince them to give up their legal right to approximately a half a billion dollars, his whole business depends on it.