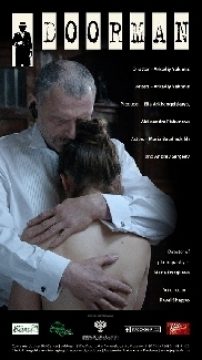 A retired major of intelligence service and currently a member of a kidnapping gang falls in love with one of the hostages.A nice young girl suddenly reminds him of his lifelong weetheart. He recalls a prima of one of the Moscow City theaters mittening him when he was a young lieutenant.
He has been in love with her for the whole of his life and hoped to be loved, too. However, he never met her again.Negotiations as to the ransom stalled and it appeared that the girl’s father decided to get rid of her.A hostage and a hangman became dependent on each other. A girl is in his grasp and at the same time the only human being ready to act as his confessor. A hangman repents his sins and describes his criminal life.