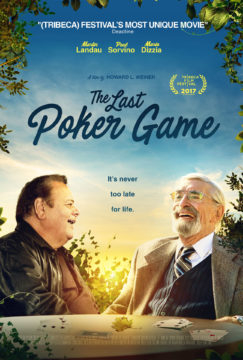 The Last Poker Game' follows Dr. Abe Mandelbaum (Landau), who has just moved into a new manor with his ailing wife. After forming an unlikely friendship with a womanizing gambler (Sorvino), their relationship is tested when they each try to convince a mysterious nurse (Dizzia) that they are her long-lost father.