Home / Cinema / The Legend Of The Ugly King 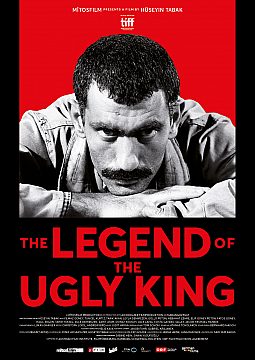 The Legend Of The Ugly King

A visionary artist whose works balance polemic with a haunting lyricism, Kurdish filmmaker Yilmaz Güney belongs in the upper echelons of world cinema. Sadly, 33 years after his death, Güney's renown is in danger of fading. But this searching, beautifully rendered documentary from Hüseyin Tabak serves as a galvanizing remedy.

Güney was born to Kurdish parents in Adana, Turkey, and studied law and economics in Ankara and Istanbul — facts essential to understanding his dedication to the plight of marginalized peoples. Güney became a hugely popular actor, but beginning in 1960, as the country slid deeper into repression, he ran afoul of the government and spent the next 20 years in and out of Turkey's penal system. He made several masterworks in this period, such as Umut, but all of them were eventually banned in Turkey, and in 1981 Güney went into exile. Yol, which he helmed in absentia from prison, won him the Palme d'Or at Cannes in 1982. Güney died of cancer two years later, having never returned to his homeland. He was 47.

Eschewing chronological order in favour of a more personal, investigative trajectory, Tabak begins Legend with the Cannes triumph and slowly makes his way back to Turkey to interview Güney's surviving collaborators and family, fashioning a rich biographical tapestry and a heartfelt homage to a filmmaker whose relentless integrity and creativity inspire to this day.

Director
Hüseyin Tabak
Hüseyin Tabak was born in Germany. He studied screenwriting and directing at the Vienna Film Academy under Michael Haneke. His directorial credits include the features Your Beauty Is Worth Nothing (12) and A Horse on the Balcony (12). The Legend of the Ugly King (17) is his latest film.


Guest
Robert Austin
Robert Austin coordinates the European Studies Program at the Munk School of Global Affairs. His teaching and research focuses on Europe, particularly the Balkans, the Caucasus and Central Europe, in historic and contemporary perspective. He will lead an extended conversation with the film's director at the second public screening.