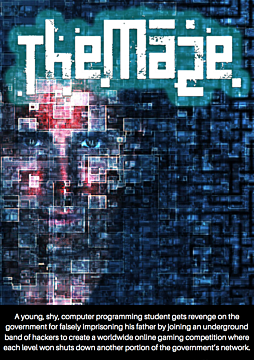 A young, shy, computer programming student gets revenge on the government for falsely imprisoning his father by joining an underground band of hackers to create a worldwide online gaming competition where each level won shuts down another portion of the government’s network.