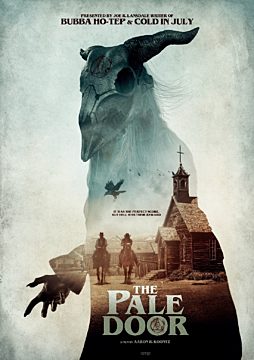 After a stagecoach robbery goes badly wrong a gang of cowboys are forced to seek shelter in an uninhabited ghost town to tend their wounded leader. But the gang soon discover they are not alone as around the corner is a mysterious working brothel.

The men are all too happy to indulge their vices, but the lucky break is too good to be true as the beautiful working women reveal themselves to be a coven of bloodthirsty witches intent of taking their lives and stealing their souls.

As the long night refuses to end, the line between reality and illusion starts to blur. The men find that the town has turned into a bewildering maze inhabited by rabid wolves, and they must fight not just the witches, but their own sanity.