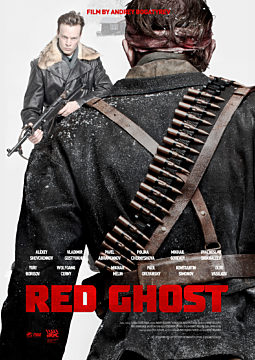 The myth of the Red Ghost is the heroic feat of the nameless Soviet soldier ﬁghting in the Second World War. The Red Spirit inspired the Germans with fear because every time the new hero arose to replace the dead one… Thus the myth of the invincible Soviet soldier was born.

The events in the ﬁlm unfold rapidly within a single day. On 8 March 1942, a small detachment of Soviet soldiers on its way back from the mission was destined to enter into an unequal battle…