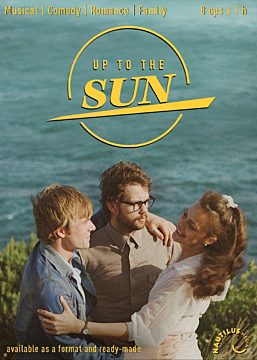 Up to the Sun

Andrey has always been certain that he would grow up to be a famous musician. Persistent and optimistic, he did everything achieve the success he desired - but a fateful turn of events pushed Zamyatin in a completely different direction. Not a big fan of children, Andrei finds himself at a pioneer camp filled with them. At first, he feels miserable, not used to their pranks and their ways. But salty seawater, scorching sun, and cute pioneer camp leaders change his attitude and help get rid of pre-existing biases.

A sun-kissed musical melodrama about first friendships and love in a pioneer camp in 1978. The story with a distinctive Russian visual and auditory DNA revives the core Soviet bard music genre.