Home / Cinema / We Had it Coming 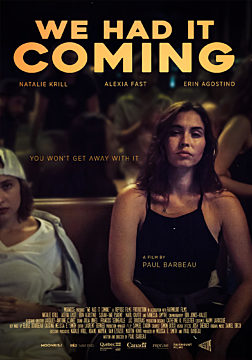 We Had it Coming

With no financial means, and the legal system having failed her, Anna decides to take action against a dangerous man she believes responsible for her younger sister's suicide. While Anna's stoic grief and dark obsession increases every day, her girlfriend pleas for her lover to move on with her life will fall on deaf ears.