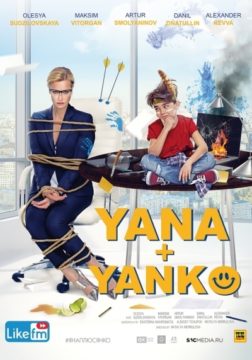 Yana Titova is a successful businesswoman, the chief editorof a glamorous fashion magazine. Yana is untruobled by the fact that of thirty-eights years old she is unmarried and has no children. As part of a PR compaign, Yana suddenly finds herself having to take one the role of foster mother to a young child - a Romany boy named Yanko. Taking the child in, and making a real show of it with the eyes of the entire nation looking on, Yana has no idea that this headstrong little hooligan is about to turn her whole life upside down. Yanko will thwart his foster mother at evety turn. wreak havok on her social life, frighten off her lovers, disrupt her work. and drive his nannies to their wit's end.

But perhaps Yanko, as exasperating as he is, has been sent to Yana for a reason...