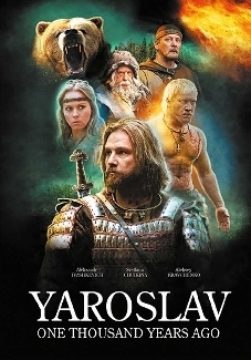 YAROSLAV. ONE THOUSAND YEARS AGO

The beginning of XI century in Russia or Rus. Kievan Rus is composed of the principalities
that are governed by the sons of Grand Prince Vladimir of Kiev. Princes with their men
collect tribute then sending it to their father in Kiev. In the north-east of Russia is the most
distant principality of Kiev - Rostov. Prince Vladimir sends his son Yaroslav to rule in Rostov,
when he turns 11 years old. Yaroslav grows under the tutelage of the boyars, who run
the principa-lity, while he is small. Growing up, Yaroslav takes power into their own hands,
expanding the principality, and attaches the new lands. But this is not an easy task. Bandit
gangs keep ruling in the woods, along the roads and rivers. Their main occupation is the
slave trade. Gangs sell people to the Bulgars and the Khazars, and they send the slaves
for resale to the lower reaches of the Volga. More and more often the Yaroslav’s squad...