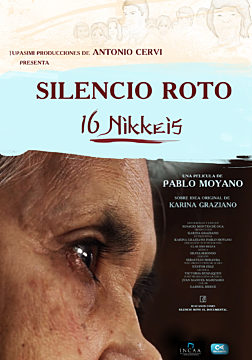 “I can understand Hiroshima and Nagasaki. I can't understand what happened to my son”. Who says these words is Seikichi, 88 years old, born in Okinawa, Japan. From there she reached Brazil and then traveled to Argentina by cart. We will reveal the blanket of silence that spread over the deaths of the 16 members of the Japanese community in Argentina during the worse dictatorship. And we will try to understand the reason for this self-imposed silence and how different social and cultural factors influenced to leave this group of victims almost in oblivion. They were different; their cases were not like the rest, they were Japanese for Argentina and Argentines for Japan, then 32 years after the first disappearance, the new generations decide to break the silence.