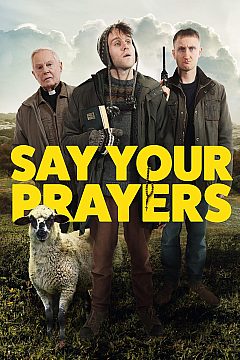 Orphaned brothers and Christian radicals, Tim and Vic, arrive in Ilkley with the relatively straightforward task of assassinating infamous secularist Professor John Huxley. However, after a classic case of mistaken identity, they find themselves having murdered the wrong man. Now stuck in the town during Ilkley's busiest weekend, they wait for the arrival of a foreboding mentor to give them instruction. The mission must still be completed - that's providing Vic’s rage, Tim’s doubts or the efforts of foul-mouthed Detective Inspector Brough don't get in the way first.